One of Guns new favorite pastimes (that I forgot to mention in his 6 month recap) is blowing raspberries.  He mostly does it while talking to himself  (see below), when he is eating and when he is mad (the funniest thing you will ever see).  Oh how I love my big slobbery mess of a son:


Also fruit related (and although no one cares), Gunnar tried papaya for the first time today and he loved it.  No, he more than loved it.  He adored it.

Too cute on all accounts.
Posted by Kalyn at Friday, March 16, 2012 No comments:

Today marks 6 months from when our lives changed forever, for the better.  I am more in love with this one half of one year old baby than I could ever imagine loving anyone or anything.

There's not much more to say... so here's what Little Guns has been up to lately:

He has 100% mastered rolling over both ways, which he loves to do all the time (especially when I'm trying to change his diaper).  He can sit up on his own for little bits of time.  He has moved from just simply playing with his feet to chewing on them (hysterical).  He has now added apples to his ever expanding menu, and next week we will be trying papaya!  He scoots around the floor with his arms (as opposed to his head) and legs.  And he continues to chew on everything he can get his hands on.  When he can't, he simply settles for his hands.  But, as of today, his efforts are no longer toothfruitless!  He officially has a teeny, tiny tooth poking through his gums (just a little bit)!  Oh and did I mention that he is the size of the average 1 year old?  Yeah, that's twice his current age.  And that's actually by the measurements taken at his 4 month check up.  Crazy giant monster baby... 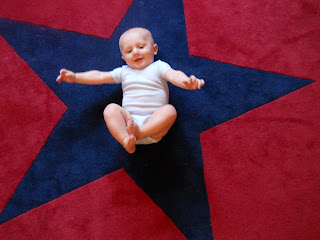 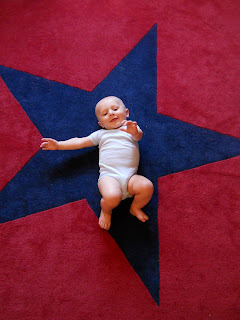 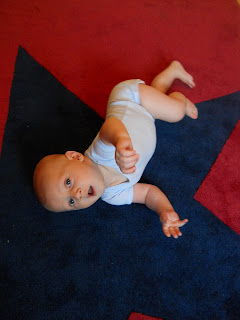 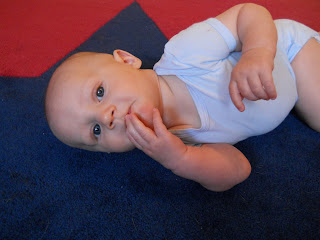 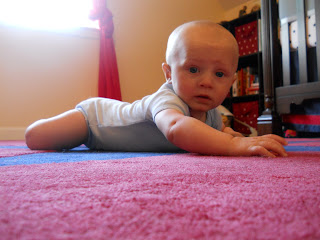 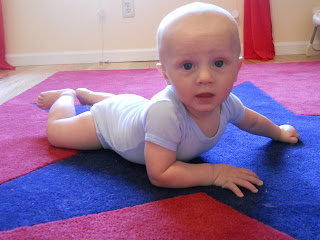 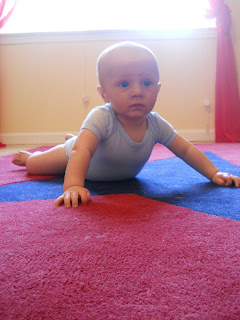 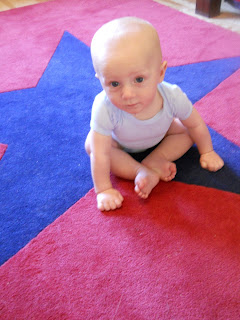 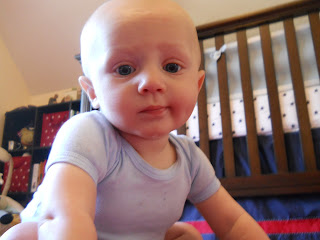 My baby must have been having happy dreams last night...

I promise we don't have little Guns in a cage... it's a gate we have in front of the fireplace.  Apparently he loves it:

I think it must be a rule... all kids are pre-programmed to love the most mundane household items, no matter how many toys you buy them.

Remember when I told you about Gunnar loving crazy kisses?  Well this is what I meant:
Love.
Posted by Kalyn at Wednesday, March 14, 2012 No comments:

mirror, mirror on the wall

Who's the cutest of them all?