I'm getting ready for my very first craft fair this weekend and I may or may not have spent too much time on this banner and not enough time on my flowers... but it's so cute, right?! 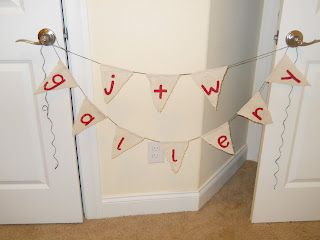 I have enlisted the help of my wonderful mother to help me make this and add the finishing touches on the flowers.  If it weren't for her I doubt I'd have anything to show at the fair!  Thanks mom!
Posted by Kalyn at Thursday, March 24, 2011 No comments:

Yesterday was Patrick's birthday.  And in typical military fashion, it was yet another holiday marred by something.  In our case, this something was (is) pre-deployment training.
Jack is helping Dad pack... or trying to tell him not to leave us 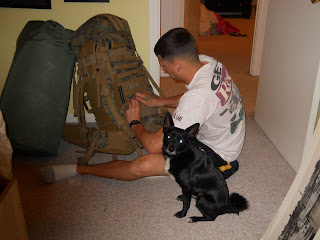 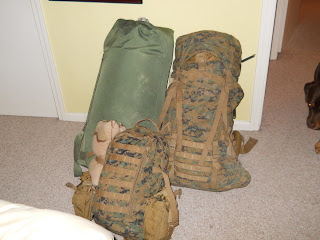 We did do a little bit of celebrating though.  Patrick got to be as lazy as he wanted since it was his day.  I let him sleep in until about 12:30.  Until his pregnant wife begged for sustenance... then I let him take me to lunch wherever he wanted.  And after all that we even had cake!


It looks gross because it has the "coconut pecan" frosting that Pat loves, but my icing skills are fantastic, aren't they? 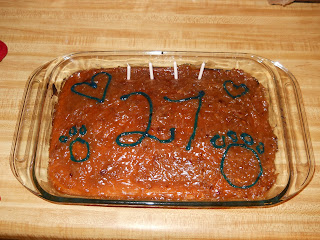 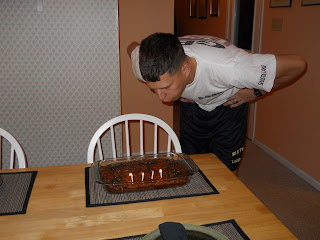 Too bad by the time we got around to the cake it was just about time to leave for base and Pat was only hungry for one little piece (of which he gave half to the dogs - you know so they could share in the celebration...) 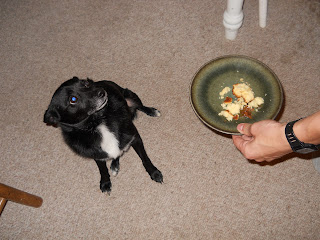 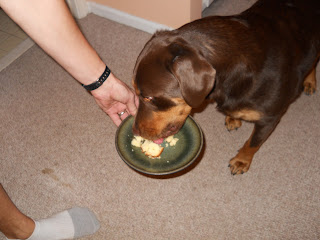 Every year Emerald Isle, NC pays homage to its namesake, the original "Emerald Isle", in a big way.  This year was the 20th annual St. Patrick's Day Festival on the island.  And also this year, some of my bestest friends came down for the party!  Four of my fellow Wolfe St. roomies trekked down south for the extravaganza, and I hope that we showed them a good time!  We missed you three that couldn't make it. 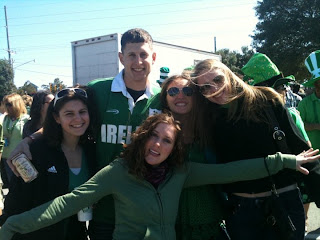 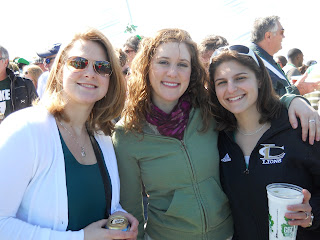 The festival seemed bigger this year then it was last year, and it included everything from a beer tent/garden (don't worry I didn't partake) to 3 stages with live music (one of which being karaoke), tons of food and booths with everything under the sun you could buy.  My favorite part, not surprisingly, was the petting zoo! 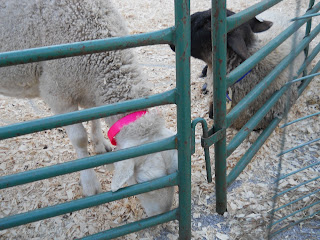 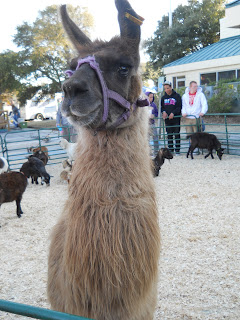 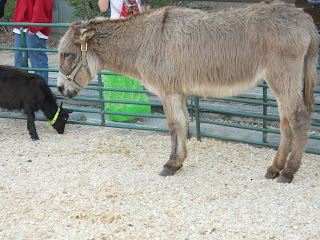 My favorite parts of the weekend, include (but aren't limited to) the shark attack at the E Club, and our group nap...  I quickly jumped in there on the end with the dogs (and Patrick too!) 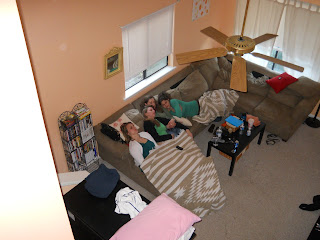 For those of you who aren't die hard Finding Nemo fans (basically if you weren't my roommate in college) you might not know who Sharkbait is.  Well he is actually Nemo.  Sharkbait is the name given to Nemo at his "induction ceremony" in the dentist's tank.  This little clip shows the scene (which is a Wolfe Street fave).  I know it's long, but if you skip to 1:50 in the video you'll get the general idea...
Now this post isn't really about Finding Nemo.  It's about our own Sharkbait.  With me loving this animated classic, and both of us being saltwater fish enthusiasts, the nickname Sharkbait just seemed right.  The following photos document Jack and Winston meeting Sharkbait.
In typical Jack fashion, he licked it (can you see his tongue?) 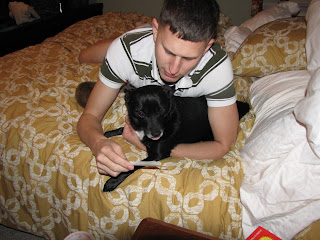 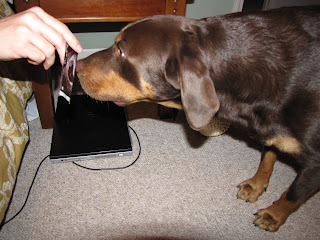 The piece of paper isn't actually Sharkbait; it is a picture of Sharkbait.  Or rather, and ultrasound of Sharkbait.  Yep, that's right, I said ultrasound.  Sharkbait just so happens to be our baby!  We are very excited about this little addition, who should make his/her appearance sometime between September 13-17 (the Dr's have changed it on us).  Not that the change matters, Dad still won't be here.  Sadface.  But he will be off keeping our country safe, and we are proud of him for that!

In the meantime, we have lots of things going on, and I have a feeling that these next 6 months are going to fly by and we'll be meeting little Sharkbait in no time!