Usually it's Jack that poses for me and Winston that is uncooperative during my photo shoots.  But since Jack wouldn't leave Patrick's side while he was fishing... 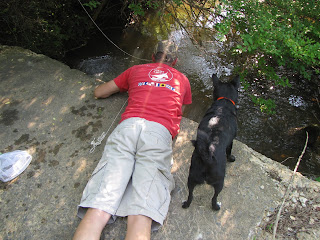 I had the unique opportunity to photograph just Winston, and I got some good ones :)


Check out the tongue action in this one 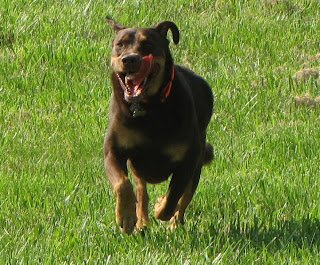 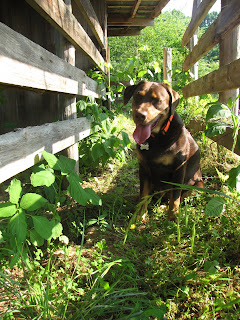 Does anyone know what a snip is?  I don't... So, for the purposes of this post they will be synonmous with crawfish.


Winston and Jack running down to meet Dad at the creek 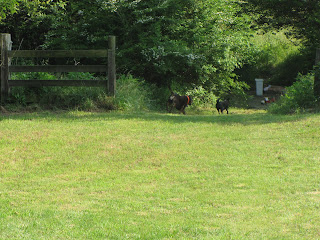 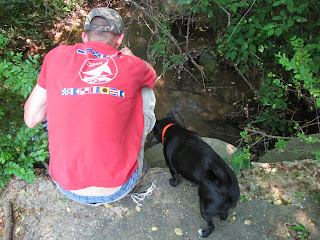 Win checking out some of Dad's catch 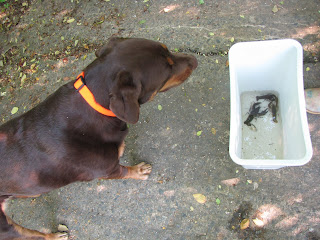 My Boys taking a peek in the creek 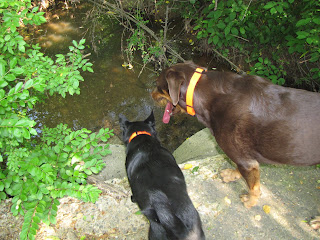 Win liked it on the cool dirt better 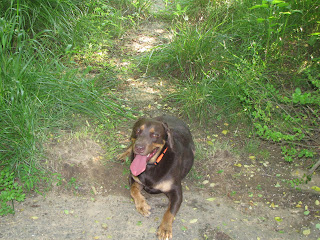 Jack refused to leave... so curious! 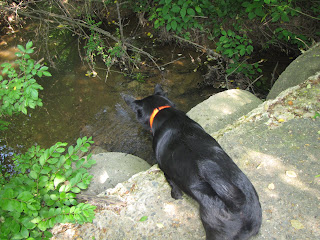 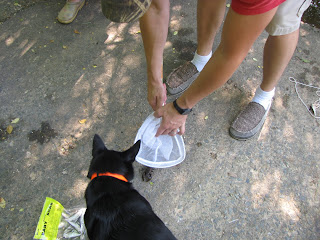 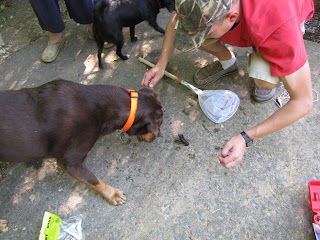 ﻿
﻿Back from another weekend at my parents house, and my pups are still pooped!  They always love running at Mimi and Bepa's, but on this trip they got to help Dad fish, and they loved it!  Jack wouldn't leave his side at the creek even for a cookie.  That's saying a lot.  Win was somewhat curious but mostly enjoyed laying in the shade creekside.
I would just like to note that no crawfish were harmed in the taking of these pictures.  Much to my husband's dislike, I made him put them all safely back in the creek.  Hey, he knew what he was getting into when he married me.  He has been with me when I've had to track down a wildlife shelter to save a sick bird, or tiny bunny... it's who I am, and he better love me for it :)
Posted by Kalyn at Wednesday, May 25, 2011 No comments:

yummy in my tummy

The most perfect summertime snack: 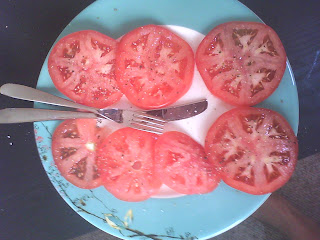 I could eat these babies all day every day﻿.
Posted by Kalyn at Friday, May 20, 2011 No comments:

Just getting my daily dose of vitamin D with all 3 of my boys... It was a big day.  Jack and Winston have officially mastered eating ice cubes.  Before it was hysterical because they SO wanted to eat them but couldn't figure out what was going on, so they would just lick them.  Now that they know they need to chew they can't get enough! 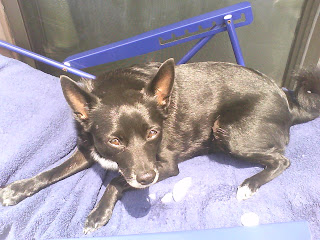 Then he decided to jump on top of me and give me kisses... 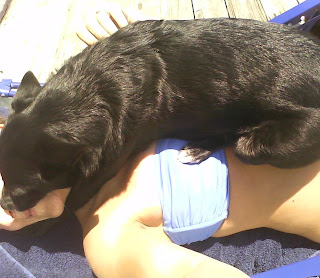 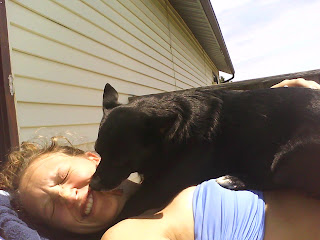 Then he hid in the shade under my chair... 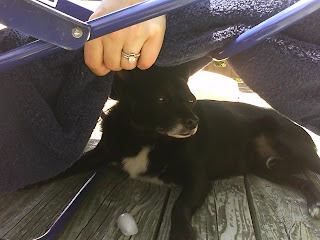 And then there was Winston who loves to just lay in the heat, with his puddle from all the ice cubes he's chowed down on... 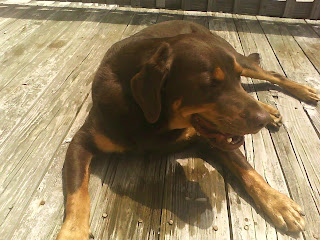 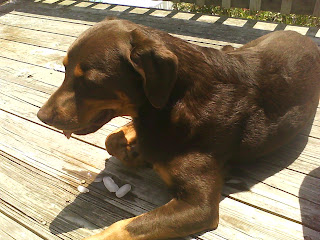 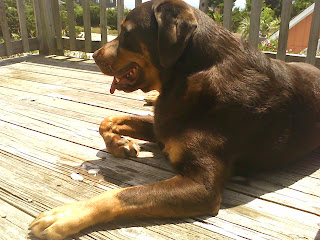 Oh yeah, and Sharkbait came along for the ride... 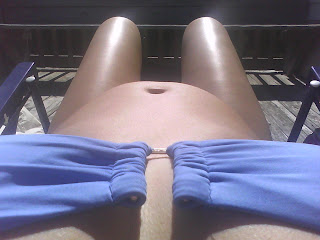 a rose by any other name

It would smell as sweet... right?  Well that might work for a rose, but not for a baby.

Funny story, I was discussing names with my older sister, Kelly.  We were going over the pros and cons of telling people the name you chose before the baby was born.  A mother of 7 herself, she has always kept the names a secret.  She said that way no one can steal your name before you can use it, and people are much more likely to keep any negative opinions to themselves if the baby is already named instead of just waiting to be named.

I think there is merit to that, and I'd like to give it a try.  Now, I only have to figure out how to keep my husband's big mouth shut.  That is when we finally decide on a name, which we haven't.

If you are a friend of mine on Facebook, you might be recalling a certain post I made about Sharkbait's new name.  Well, Kelly and I thought it would be funny if we told people we picked a name, and told them an awful one.  I apologize in advance if anyone has a family member by this name... but we decided Wendell was pretty bad.  So we started telling people that was the name we decided on.

I must say all of my friends were kind enough to keep any opinions to themselves, and no one even tried to talk us out of it!  People in fact ignored it, and one even said it was cute!  Hysterical.  Thanks guys, but Sharkbait will NOT be responding to the name Wendell anytime soon.  Unless we are joking around of course.
Posted by Kalyn at Wednesday, May 18, 2011 No comments:

it's a small world after all

Ok, I'm in love.  My mom gave me some newborn onesies for Mother's Day, and they are officially the tiniest clothes in the world.  Beyond adorable.  So naturally, I had to have a photo shoot with the whole family. 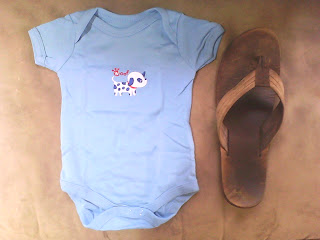 Slumped on the stairs next to Dad's boot 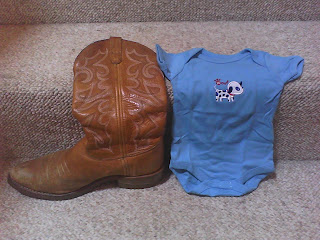 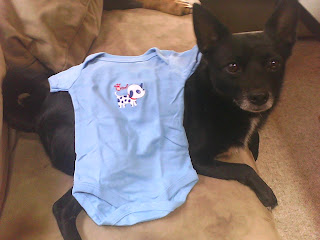 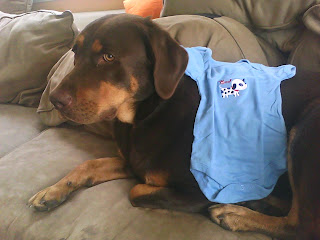 Seeing how tiny it is made me smile.  And it made me feel a little less terrified of the following things:
-registering for the right things
-making the decisions that will actually affect someone's life
-my 6 months of "single parenthood" that lies ahead of me
-how the dogs will react to not being the only babies
-and many, many other things

And I can't wait for a human to be wearing this outfit instead of me carrying it around staring at it.  Oh, and don't worry... it'll get washed before it gets put in sharkbait's dresser.﻿
Posted by Kalyn at Tuesday, May 17, 2011 No comments:

I have had several requests for a "baby bump" photo.  Well folks, since pregnant women (namely me) do not photograph well, and neither does my impulsive hair cut/dye job and lack of a tan... this is as good as it gets for you.
Patrick and me at 14 weeks
Patrick's birthday
About 30 seconds before he left for pre-deployment training 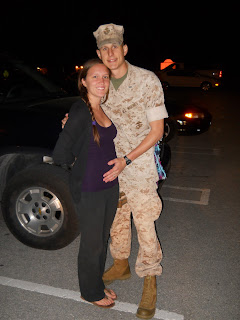 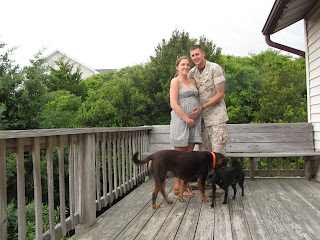 There you have it.  Hopefully it suffices some curious parties out there.  And if not, I'm sorry but I don't think there will be anymore photos as I inevitably get bigger.  As for now, it's off to work on "Project:  Nursery"!  Hooray!
Posted by Kalyn at Tuesday, May 10, 2011 No comments: