I've been keeping myself busy here in the land down under by upcycling furniture.  First was the headboard project, which luckily took all of 10 minutes (once I had the supplies).  The rest was not so easy... It has taken several weeks of searching Gumtree (Aussie's version of Craigslist) for used pieces of furniture that fit the vision I already had.  I managed to find a side table and a tv cabinet that would be perfect for mismatched nightstands.  I don't know why but I've been obsessed with the idea of mismatched nightstands.  The end result I can thank Pinterest for, but the beginning was not pretty...

I bought linens already (which are currently sitting in our FPO box just waiting for Patrick to bring them home to me), and (not that you care) they are a dusty (grey) blue, and a ginger color (think really dark coral).  So I wanted the nightstands to be blue so as to add a pop of color to the otherwise very neutral (tan and white) bedroom.  The blue I bought did NOT turn out how I was hoping, and I thought Patrick would kill me if I sanded it down and repainted.  Luckily, I found some crazy linens at Target that matched it perfectly (and our orange rug that we have in our shipment) and voila! we had a side table for the guest room, and linens to boot.  I slapped some new hardware on and everything was just right.  It is now dubbed "the table from Ipswich"... 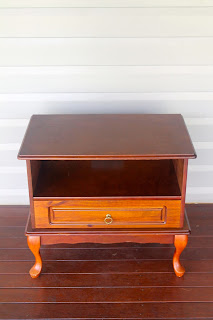 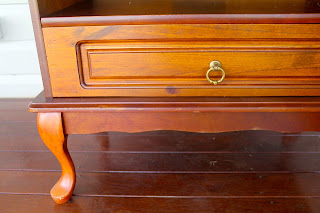 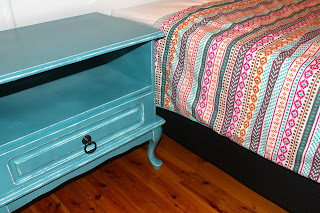 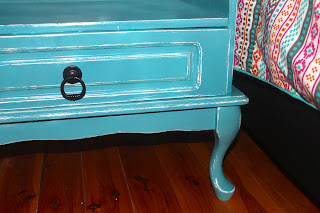 As for our bedroom, I only had the one side table, and the task for finding the perfectly mismatched match began again.  I found an online silent auction for used furniture, which had an awesome antique table, and I bid on a whim, not knowing dimensions or anything.  Low and behold, I won, and I started to have buyer's remorse.  But once I picked it up and got it home and next to the other table; they were made for each other.  Since I clearly couldn't find a blue paint I liked, I opted for the tan/white neutral pattern, but wanted some way to make them stand out.  Thanks to Pinterest, I found tables with tan tops and white bottoms that I loved, but I also loved some with stripes.  So I figured I'd try and mix the two ideas and hope it wasn't "too much".  For the sake of keeping it simple, I opted for the original hardware.  The finished product?  I'm obsessed. 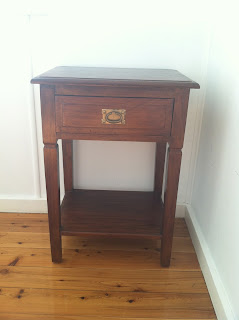 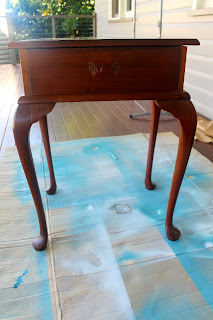 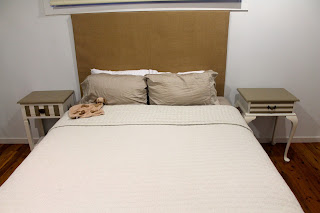 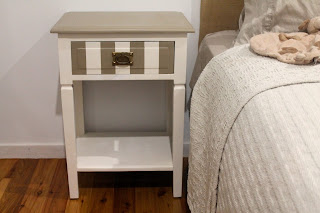 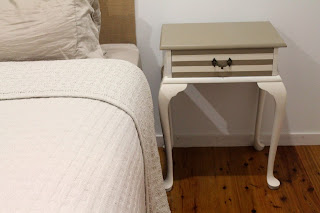 The last thing is a wooden tray I also picked up from the online auction, nothing fancy, but it will eventually fit in with our new living room...
Before: 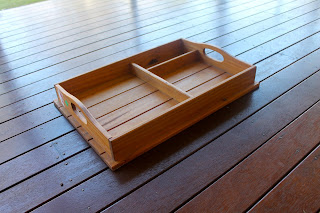 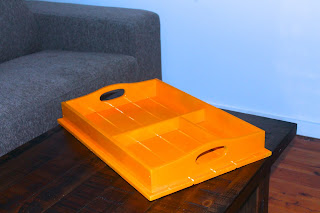 It's not as orangey as it looks in the photo, it's very golden.

Pinterest is full of ideas for making your own headboard, and it has some downright professional ones.  Curved wood, tufted, you name it, they've got it.  I'm no where near that level, and since I can't drill into the wall in our new (rented) home I had to think of how I could hang a headboard that would be supported by a 3M removable hook.  Enter:  canvas. 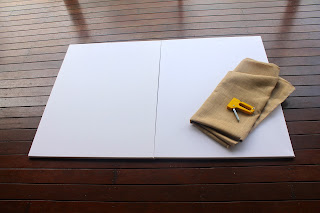 We found the 2 canvases for super cheap at "the reject shop", and then Patrick attached them with brackets, and strung picture wire tightly across: 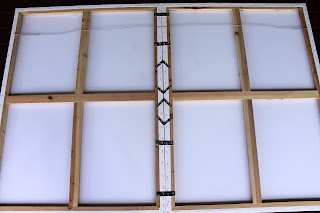 Then I covered it with burlap fabric, with some help from my assistant: 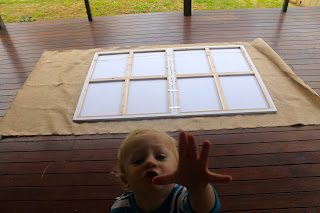 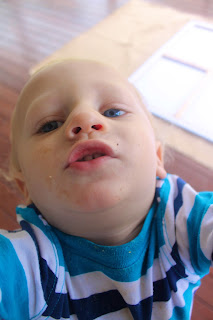 And here's the before and after (disregard the messy bed): 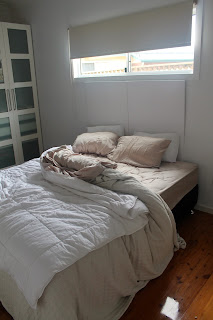 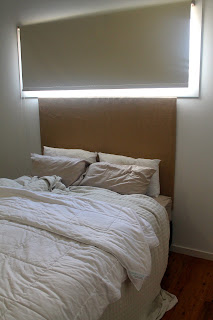 It's nothing special, but it'll do!

home is where the heart is

Independence Day, The Fourth of July, America's Birthday... no matter what you call it, it all means the same.  Freedom.  And, of course, my favorite holiday.

In this day and age, I don't think there are many people out there who forget why we celebrate today.  But, it's still a pretty big deal.  And there are amazing men and women fighting every day so we can keep celebrating it.  My husband is one of them.

I find it ironic that because he fights for America and her freedom, we aren't in America today to party with her.  His duty has carried us overseas, and we had to celebrate the FOJ all by ourselves.  In true American style, we dined at McDonald's (or Macca's as the natives here would say).

No matter where we are, or who we're with, or what we're doing, this day will always be my favorite day of the year, and we will always have America in our hearts.

And, now I'll close with one of my favorite patriotic quotes, it's an oldie, but a goodie:

"From Berlin, Rome, and Tokyo we have been described as a Nation of weaklings - playboys - who would hire British soldiers, or Russian soldiers, or Chinese soldiers to do our fighting for us.

Let them repeat that now!

Let them tell that to General MacArthur and his men.

Let them tell that to the sailors who today are hitting hard in the far waters of the Pacific.

Let them tell that to the boys in the Flying Fortresses.

LET THEM TELL THAT TO THE MARINES!" 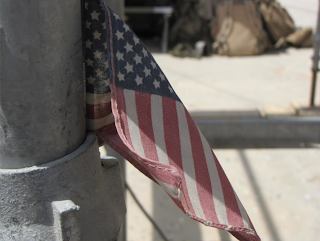 Without counting individual moves (to storage units, or homes we had previously lived in) this is our 6th new home in 5 years (if you do count the rest it's hovering somewhere around a dozen in that same timeframe).  Obviously this most recent move has been the biggest.  Over 9,000 miles? Yeah, I'd say so (more than the last 11 moves combined).

We actually haven't technically moved in yet.  And we won't until this weekend.  We bought some furniture here, and that's when it's due to arrive.  As for our HHG shipment from the states?  It's not even on my radar... I don't want to get my hopes up so I'll be happy if it's here by Gunnar's birthday (that's mid-September y'all).

We have been by the new house a few times, and have slowly started dropping off luggage from the hotel.  I snapped a few photos, but look for more to come... 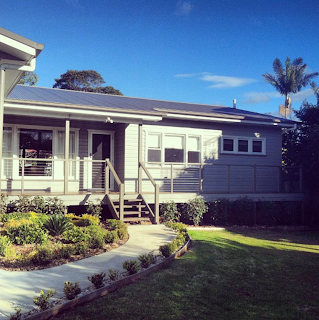 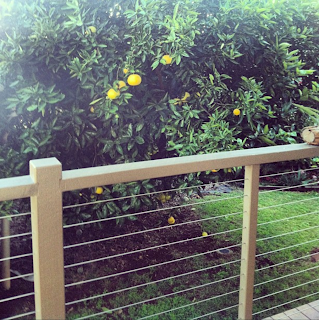 avocado picking in our backyard 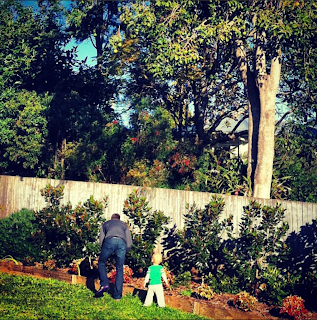 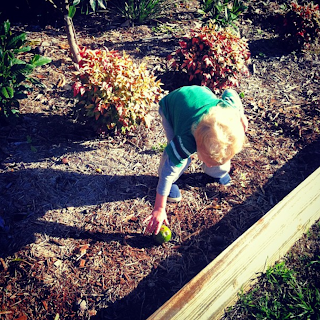 back deck ... I spy a bad habit forming. 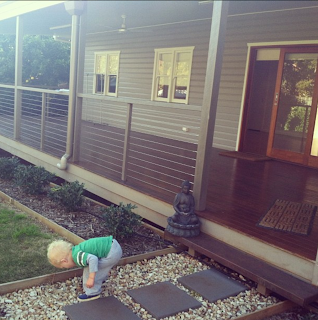