Sorry I haven't posted in a while... we don't have internet in the new house! I am, however, in MD getting ready for the wedding. It is keeping me VERY busy. I feel like I have had no down time what-so-ever.
The new house is great, and we even had our first overnight guests! When I left, I left a wake of unpacked boxes behind me. So, sorry to my future hubby (7 days!) for leaving you high and dry in the move-in department. But check out how much the boys love our new master bedroom deck! 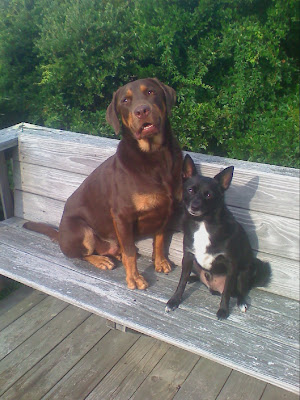 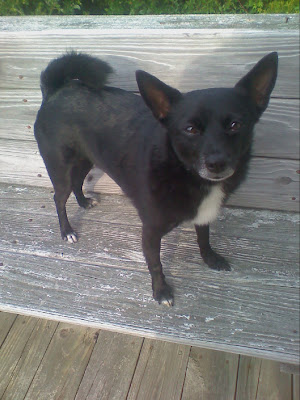 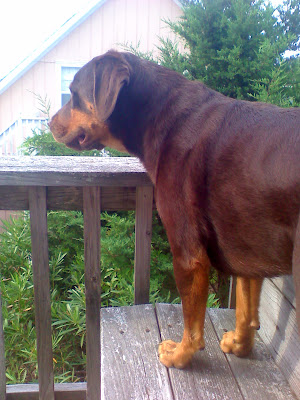 They are still there and I miss them so much! But like I said - busy busy busy with wedding plans! So far in the last few days we have finished cutting all the program pages, completed the ring bearer pillows, started on the favors, had meetings with our venue coordinator, DJ and caterer, and finished other tiny projects with lots of ribbon!

I still need to get my ring fixed (diamond has been sitting crooked on the setting since I've had it) and we stopped by the jewelers today and found out that the jeweler won't actually be in to fix it until NEXT Friday. AKA the day before the wedding. Super fun, right? I won't be busy at all that day so it works out perfectly. HA!

That's all for now... I can't promise there will be a post before the big day, but it's not too far away so I'll have plenty to post about soon!

Those of you that speak "marine" will understand the meaning of the post title... and the rest of you can try and figure it out...

Anyways, I am giving myself a break from packing boxes. Yes, I only packed 3, but I also packed them alone because Patrick is still sleeping. I know, it's past noon. While I was packing I had a very strong deja-vu feeling. It's no wonder why... I've done this before! But how many times in the past decade to be exact? Well, let's find out...

Now we're onto move number 13... let's hope that we're at this one for at least a year. So far the longest Pat's been stationed anywhere is Iraq for 10 months. A close second being Cherry Point where we are now for 8 months. Rounding out third place is TBS where he was in school for 6 months. And the next move, I'm sooo letting the Marine Corps take care of, especially since we didn't have a choice but to do it ourselves this time...

Well, we are officially under 4 weeks away from the wedding, and I already know it's going to fly by. Just like the past 10 months have gone in a blink! There are lots of little loose ends I'm working on tying up now.

First and probably most importantly is getting the programs finished. My plan was to have them printed at a Kinkos or Office Depot - esque place, until I found out it was $0.50 per page and we need 1000 pages printed. That would be $500. And I could've gotten professional ones for cheaper then that! So much for saving money by doing it yourself right?

Anyways, my Dad spent all day while us girls were at my shower printing out half of the pages on our home computer and I now have those 500 pages here in NC and I'm working on cutting them out. 1 by 1. I know. Insane. They then have to be decoated and tied with ribbon to fans. I may or may not be concerned about this one.

Our dear, dear family friend, Ms. Eileen, has offered up her services and is helping my Mom out with similar projects at home, involving tying things with ribbon. I am so grateful for her!

I don't even know what else is left on my To Do list, and honestly I'm too tired to look at it. I'll keep you posted...
Posted by Kalyn at Tuesday, July 06, 2010 No comments:

More relaxing stuff that went on...

After getting back from Mexico, my mom and sisters hosted a wonderful bridal shower for me in Annapolis! It was a great day and I'm so thankful to have so many people who wanted to celebrate with me!

Thanks everyone for all the wonderful gifts, which are still in boxes in our dining room, waiting to be moved to the beach! Did I mention we're moving in 10 days?

Stolen from my sister's blog, here's pictures of me with my neices: Hadley, Carson & Reese 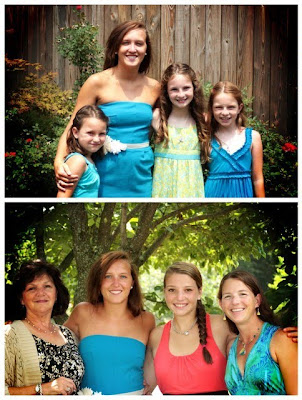 Well, apparently it takes me over a week to recover from vacation. At least over a week to get motivated to post back on the blog here.
As usual, it's been very busy since I posted last. But before I get into all the stressful stuff, here's more about the relaxing stuff.
We stayed at a beautiful resort right on the Sea of Cortez: 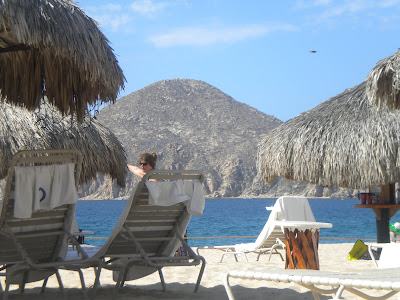 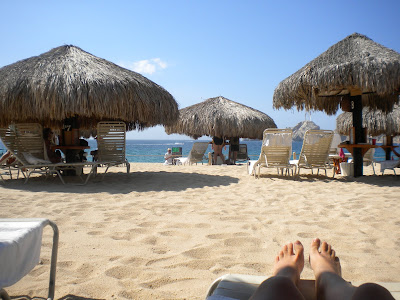 And we spent a very nice week relaxing and jet skiing, riding 4 wheelers, shopping, and experiencing all that Cabo San Lucas night life has to offer! We even found a Mexican karaoke bar. We're already planning a trip back there.
On our last day we took a glass bottom boat tour and got to see some really cool rock formations (incuding the famous El Arco) up close and even went around the point of the Baja Peninsula and into the Pacific! 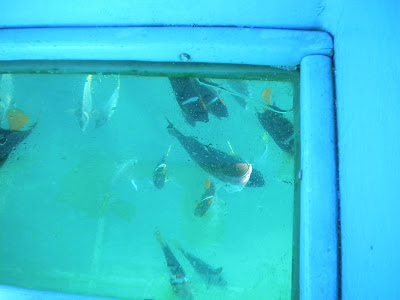 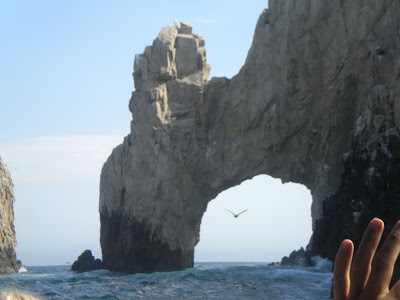 Here are all the girls at the hotel next door (Pueblo Bonita Rosé) getting margaritas! 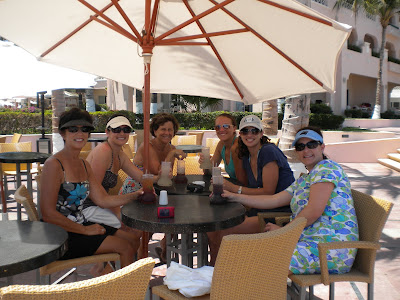 The best part: we came back without ANY sunburn! Yay! No peeling for the wedding! Which is only 26 days away... 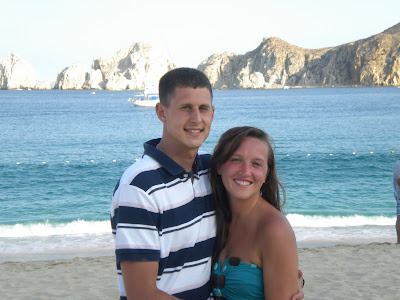