So this past weekend we hit the 8 month mark.  It was an exciting month, full of mini holidays to make Gunnar feel special.  We took him to the zoo, to see a new exhibit, with one of his new favorite animals, the alligator snapping turtle (thanks to his new favorite show - Turtle Man).  We also went down to Gold Coast for the very first time.  And although it was quite rainy, we still managed to get a little beach time.  And then it was on to Wet 'n Wild water park.  We spent two, soaking wet days there, and Gunnar loved every minute of it.  By the time we were finished, he had lost any fear of the water he may have previously had.  He was going down every slide, by himself, standing under high pressure showers, putting his head under water to swim under "obstacles", and running into the wave pool to get pulled around by the waves.  While I wasn't a fan of being in a bathing suit at my size, it was all worth it to see the joy on his face.  Our tickets are good until the end of February, so I think we may have to take another trip down there. 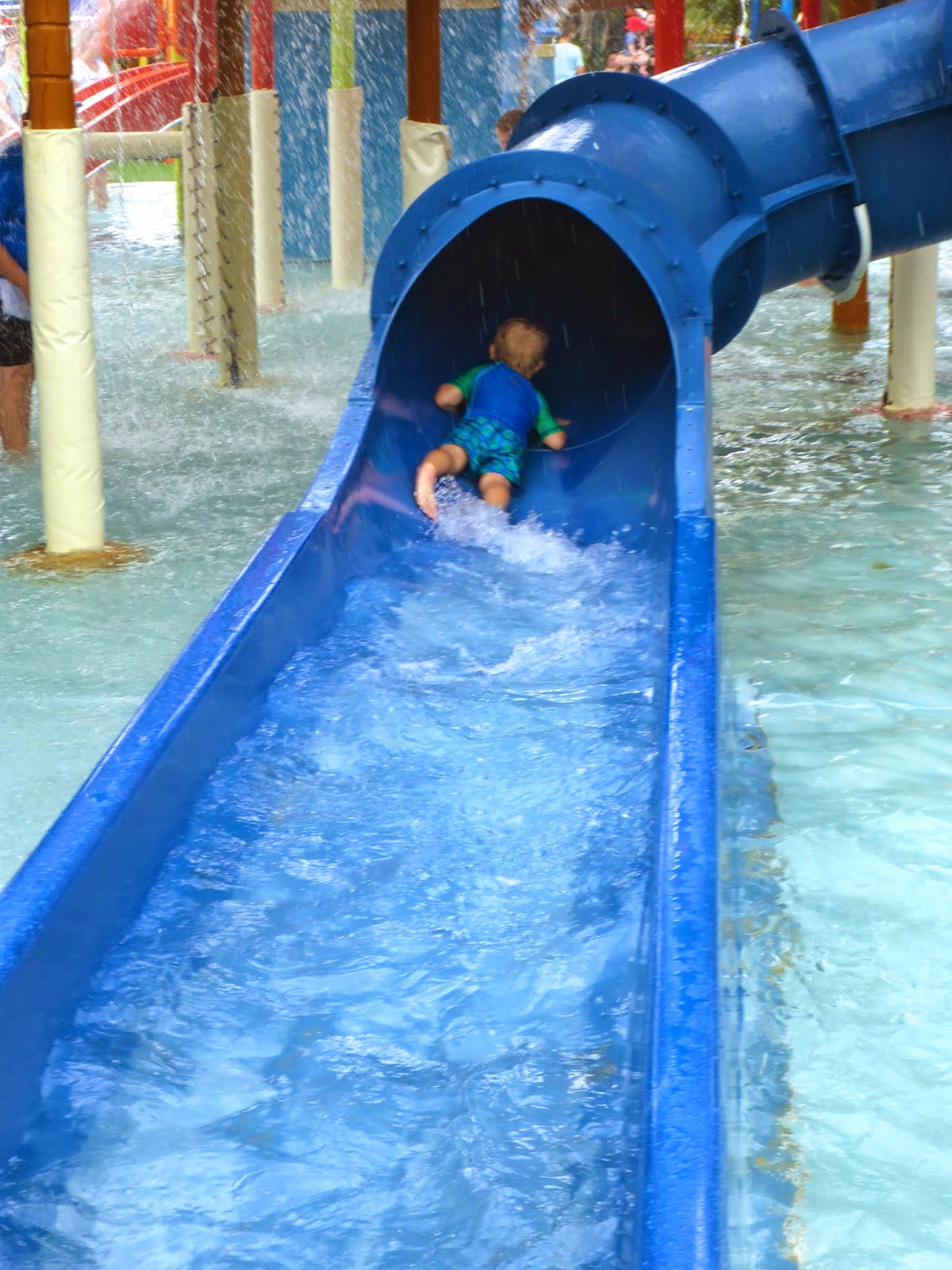 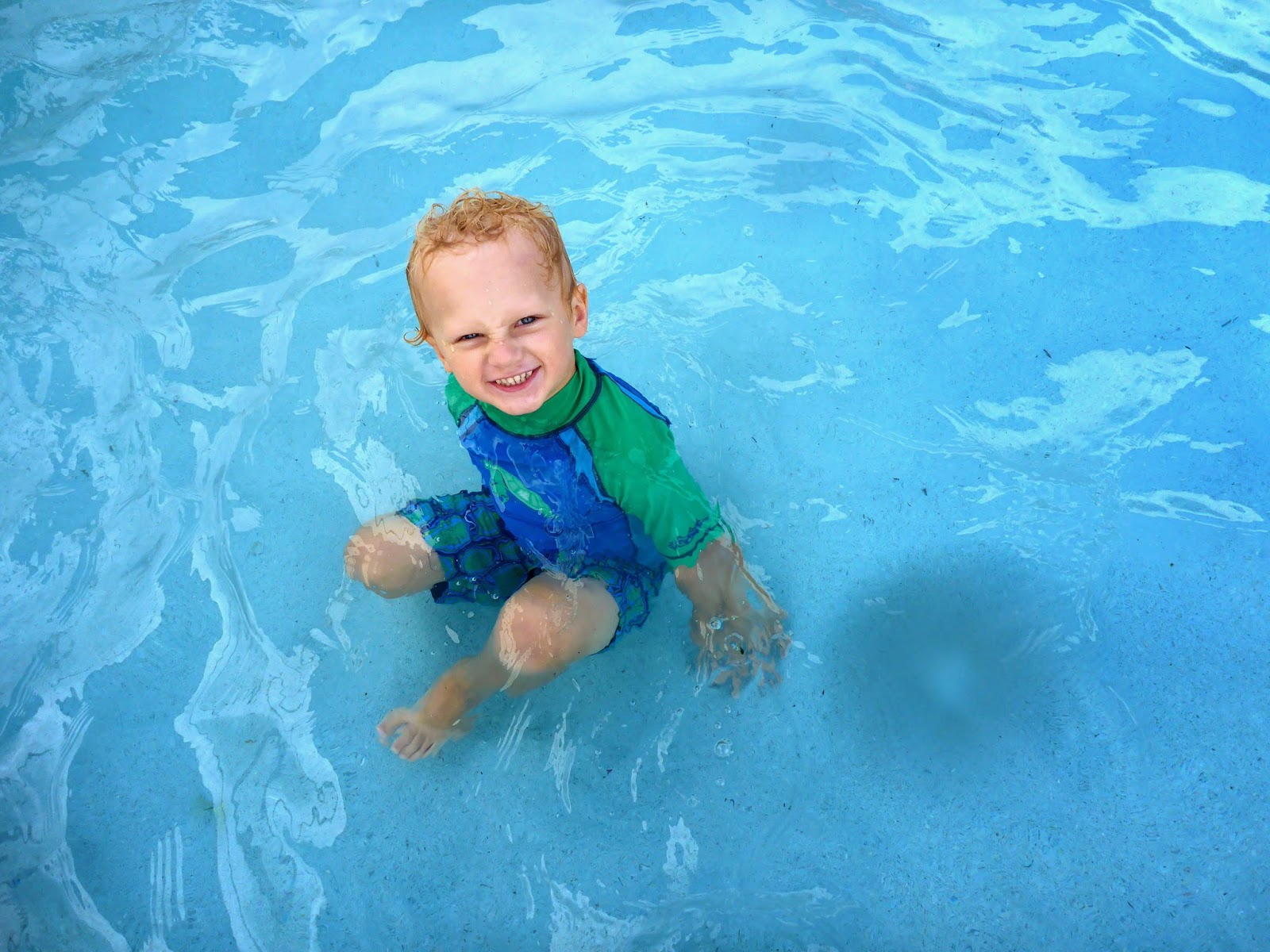 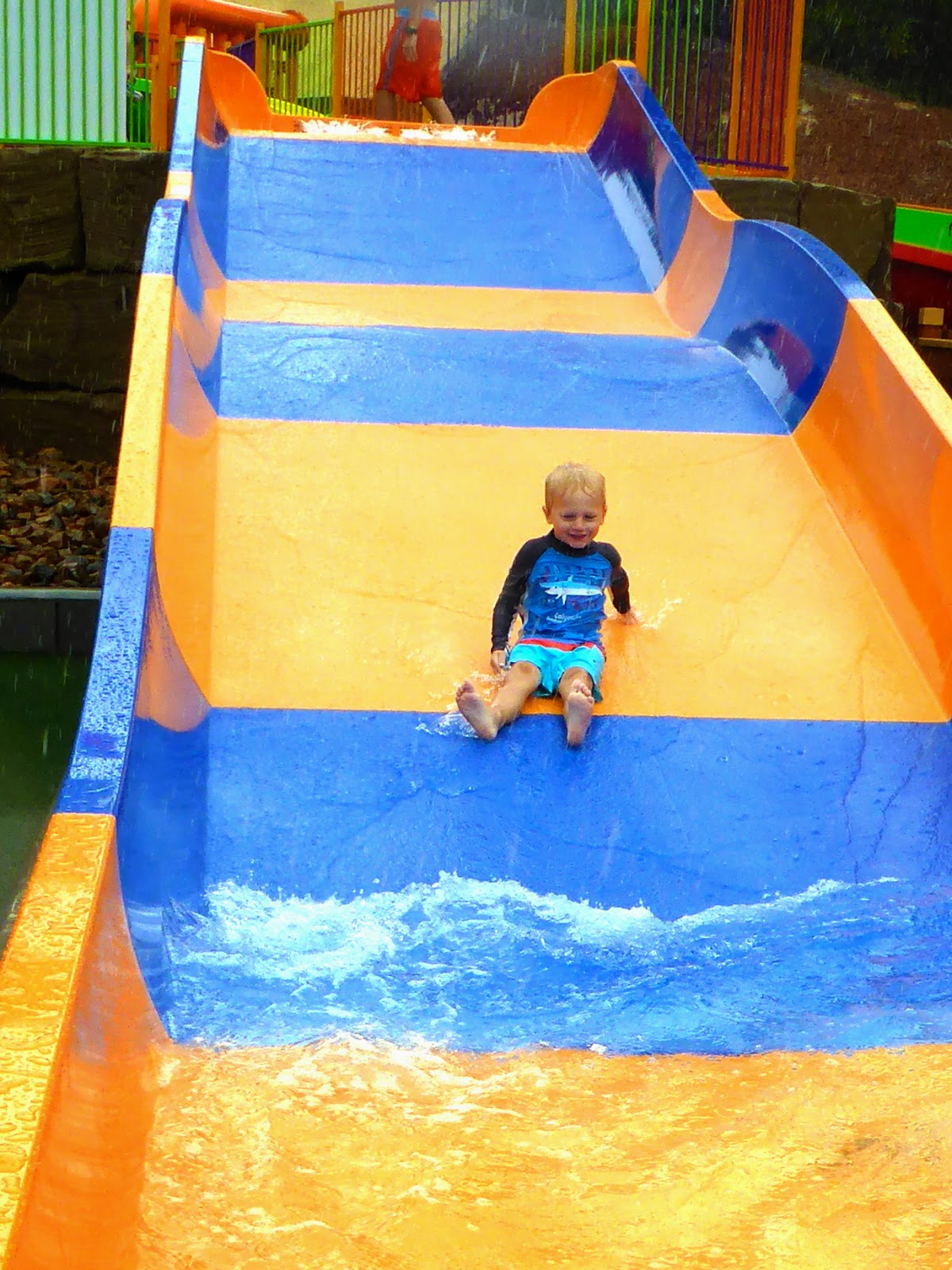 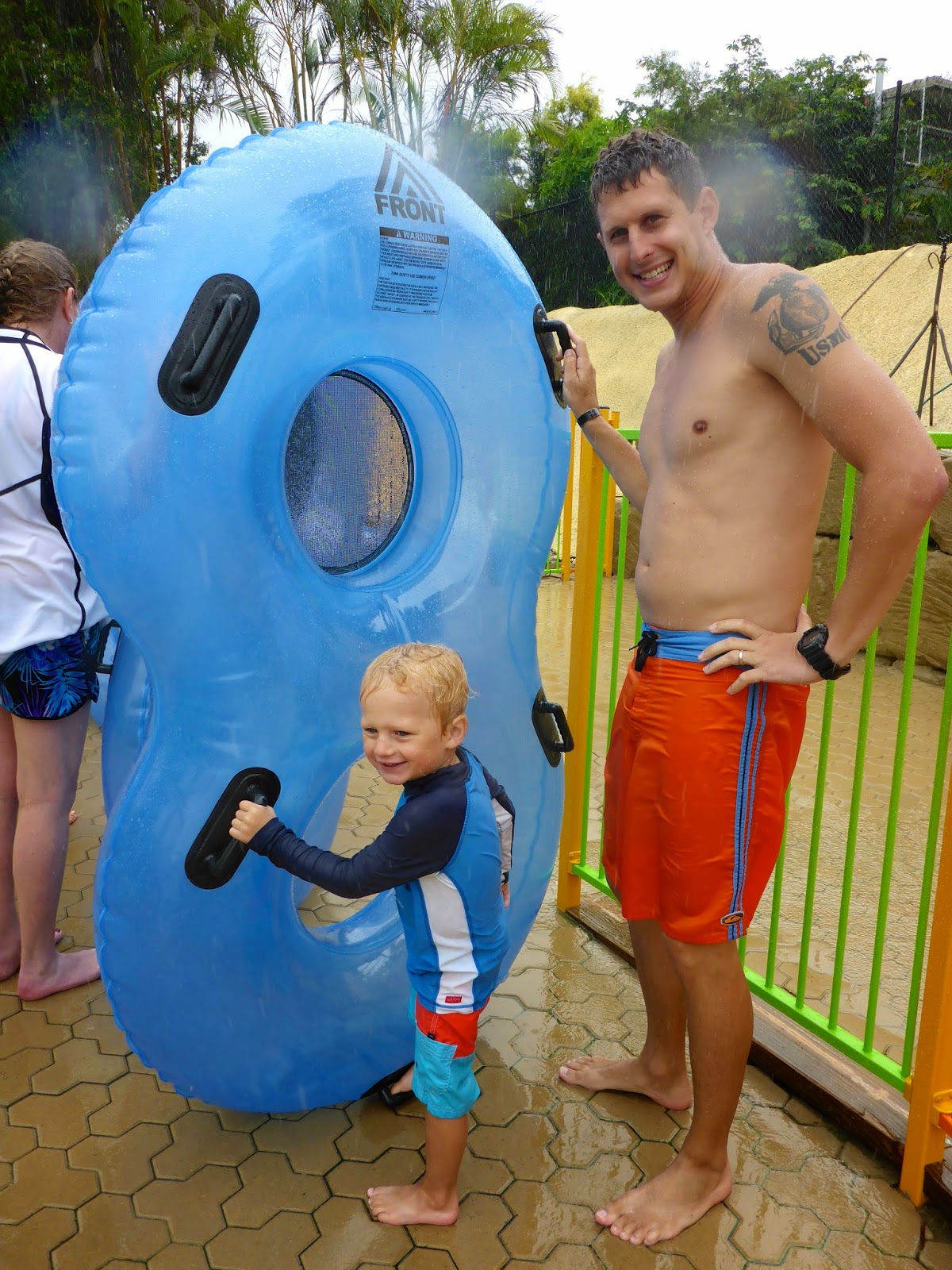 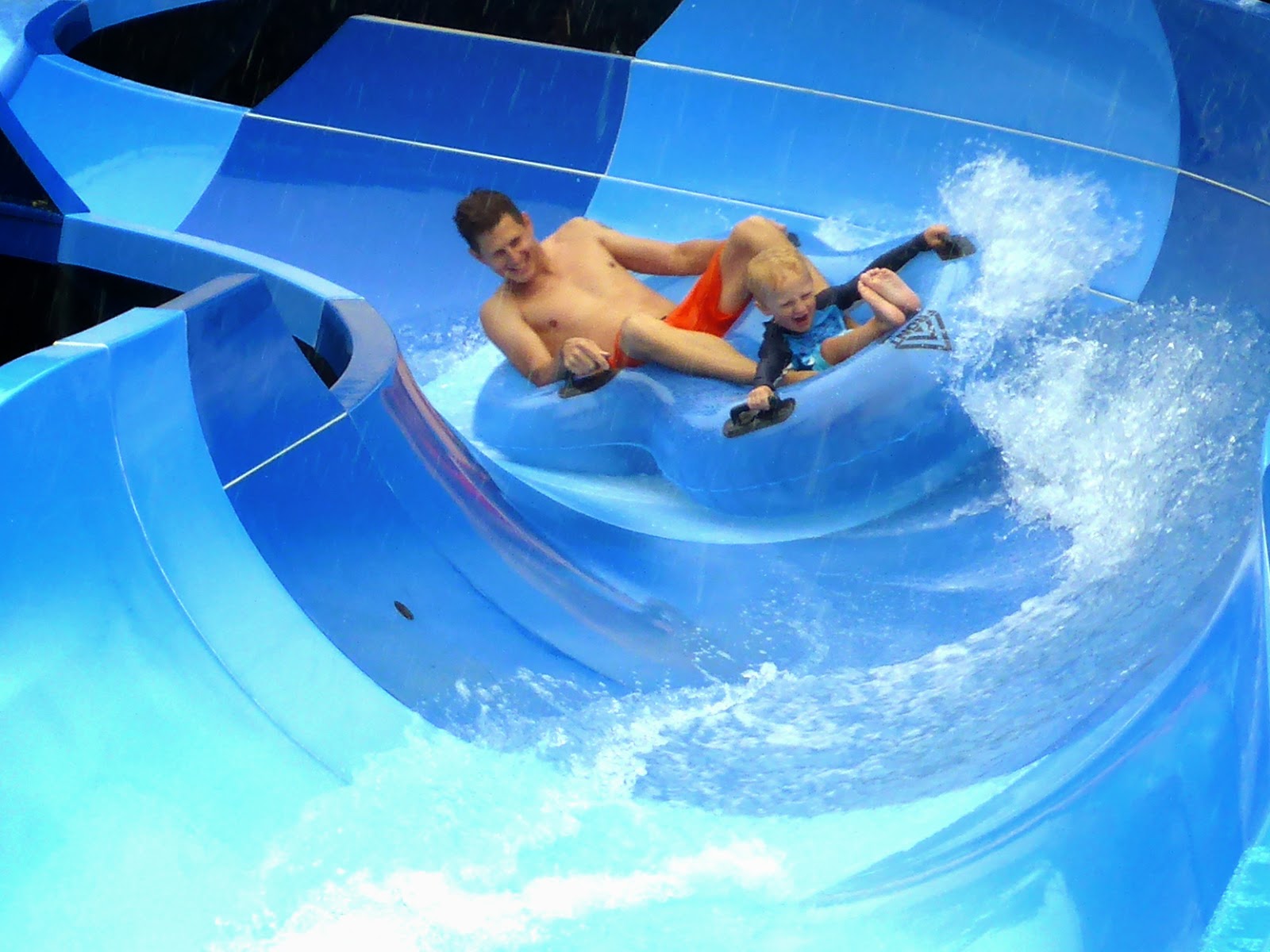 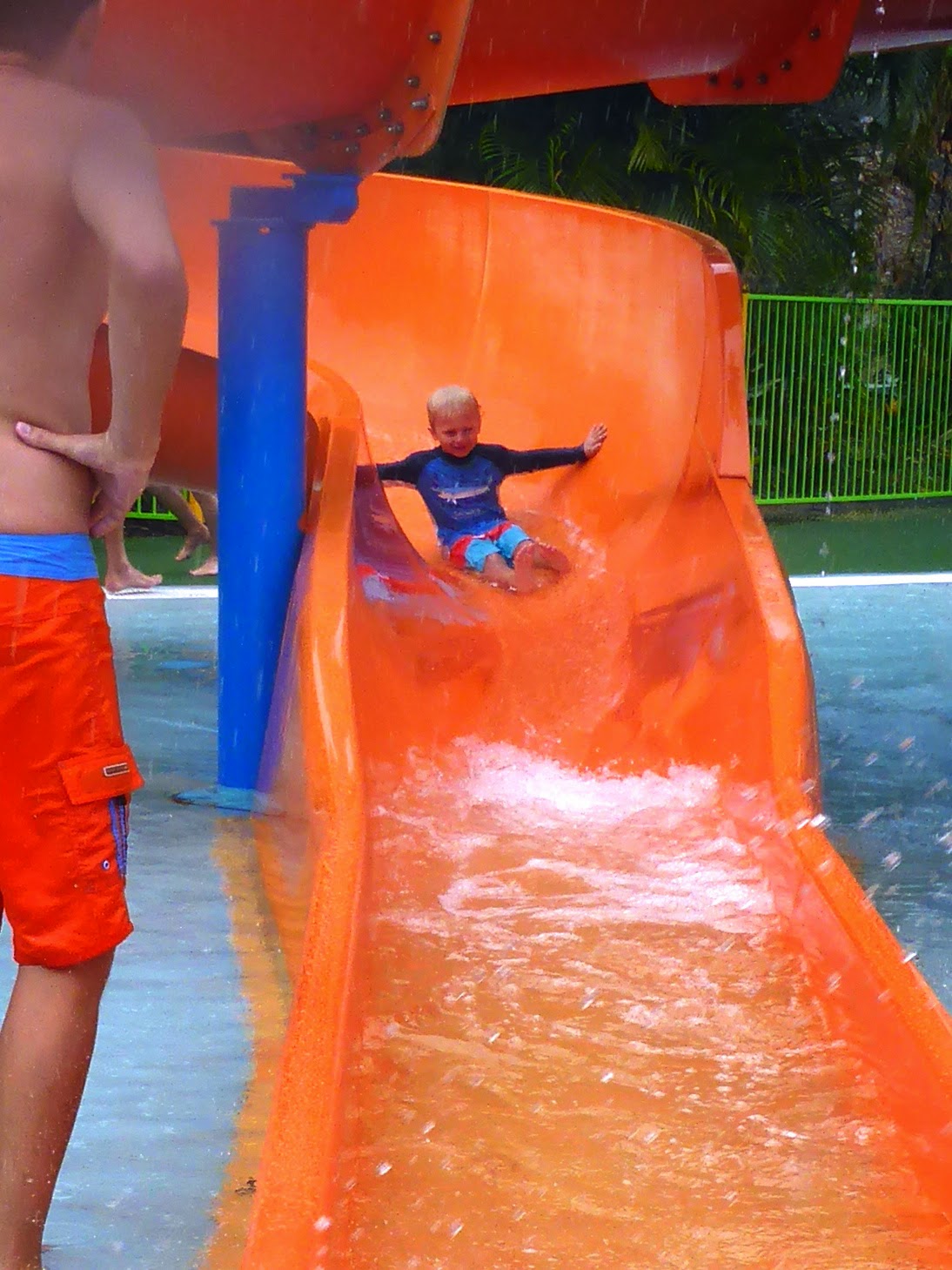 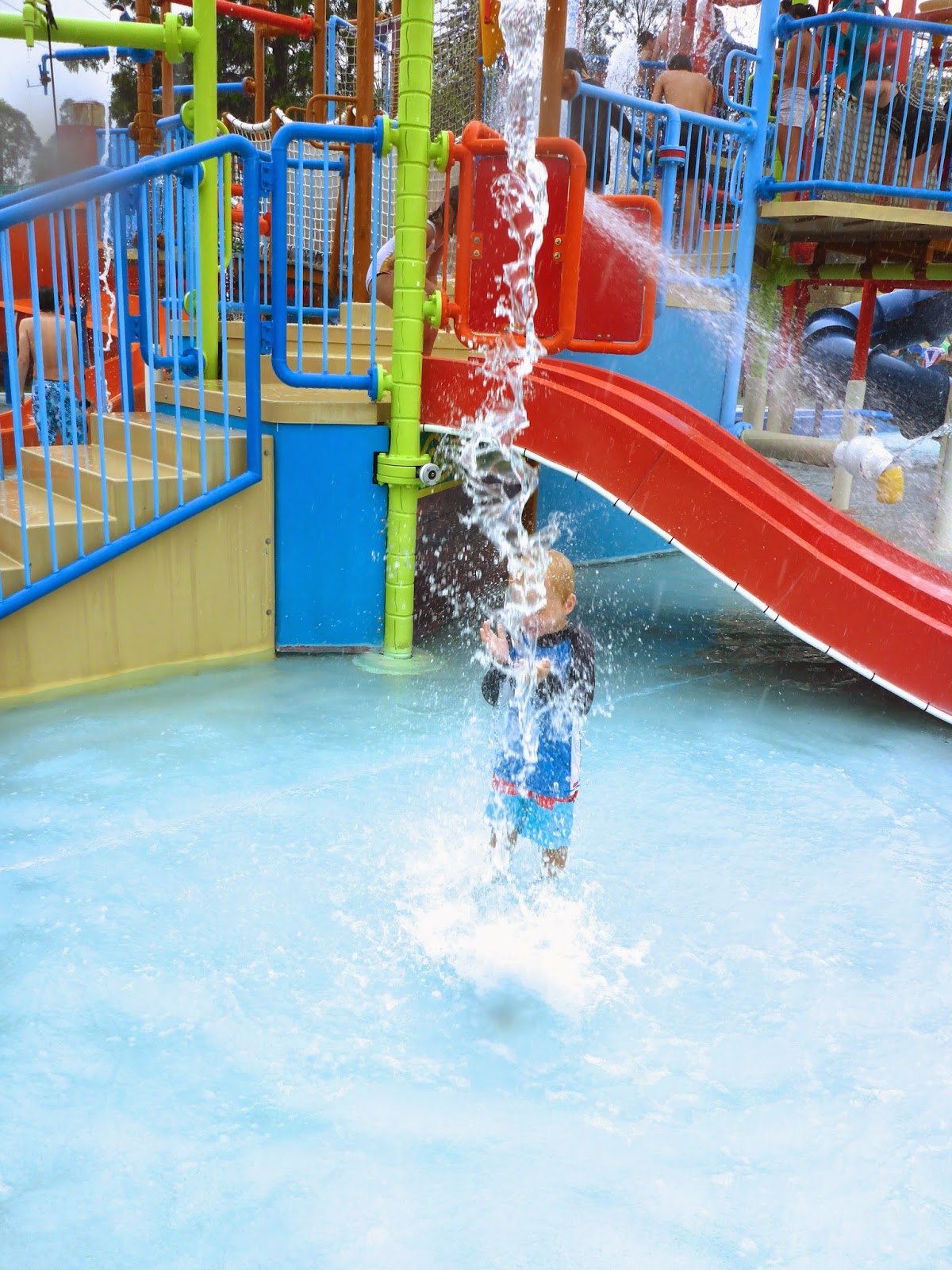 We also took Gunnar on his first camping trip, which included his first real lessons in fishing.  He even caught the first fish of the trip!  And he caught 2 in all, and if you ask him how big they were, he'll throw his arms out as wide as they can go.  Typical fisherman.  We also got to see lots of wild kangaroos.  And since we went over the 2 hottest days this summer, there were lots of them jumping into the lake to cool off! 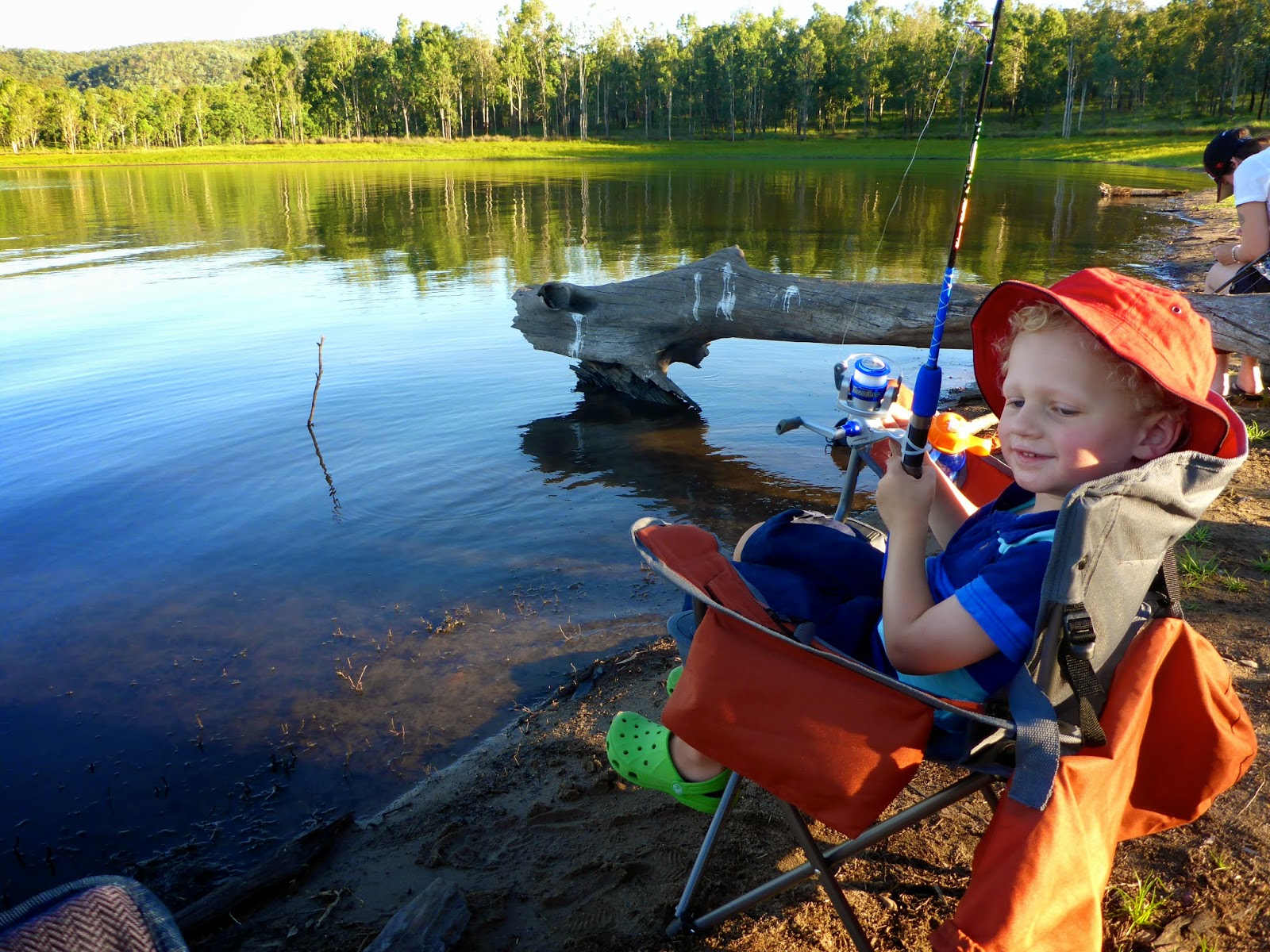 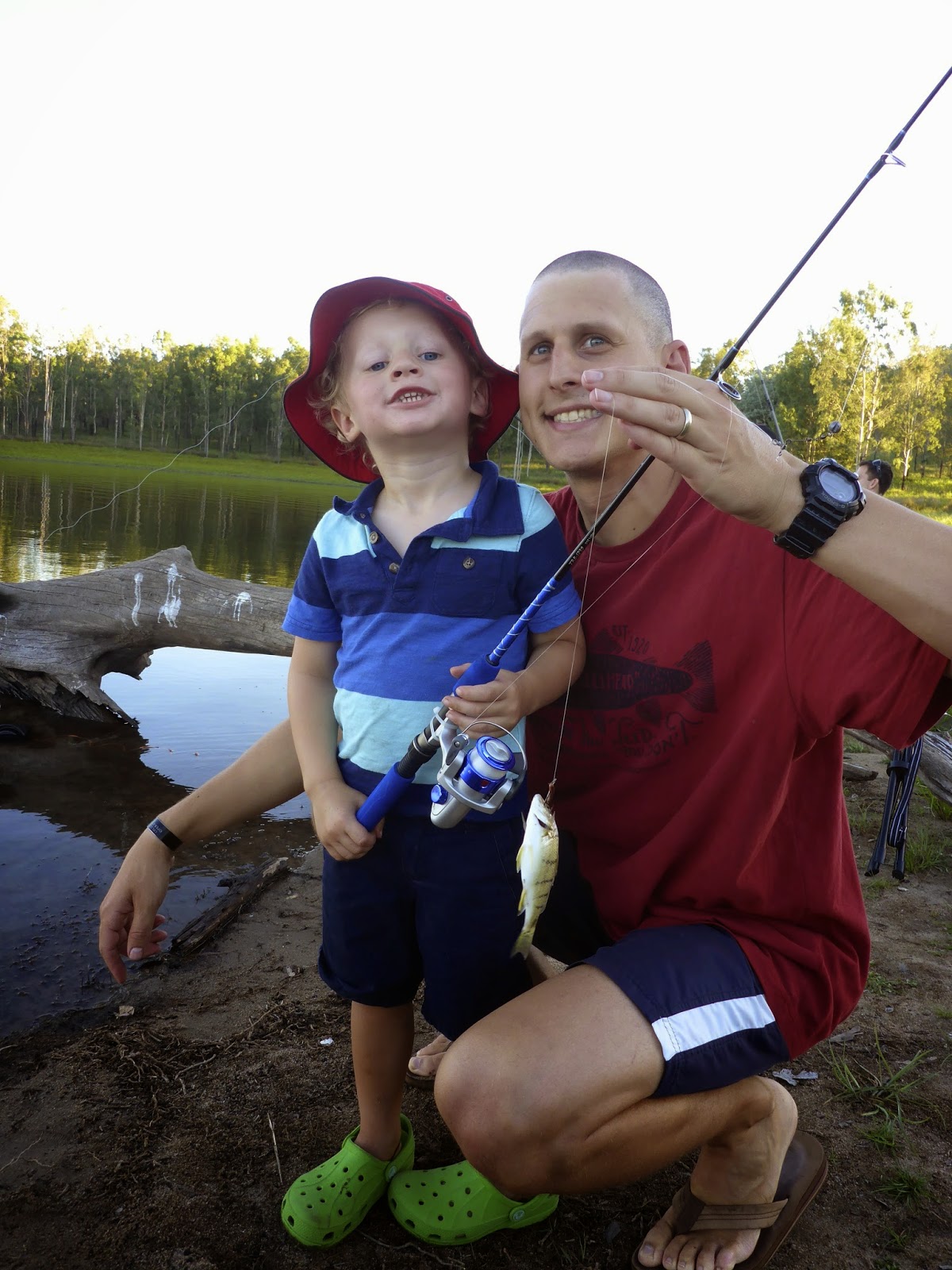 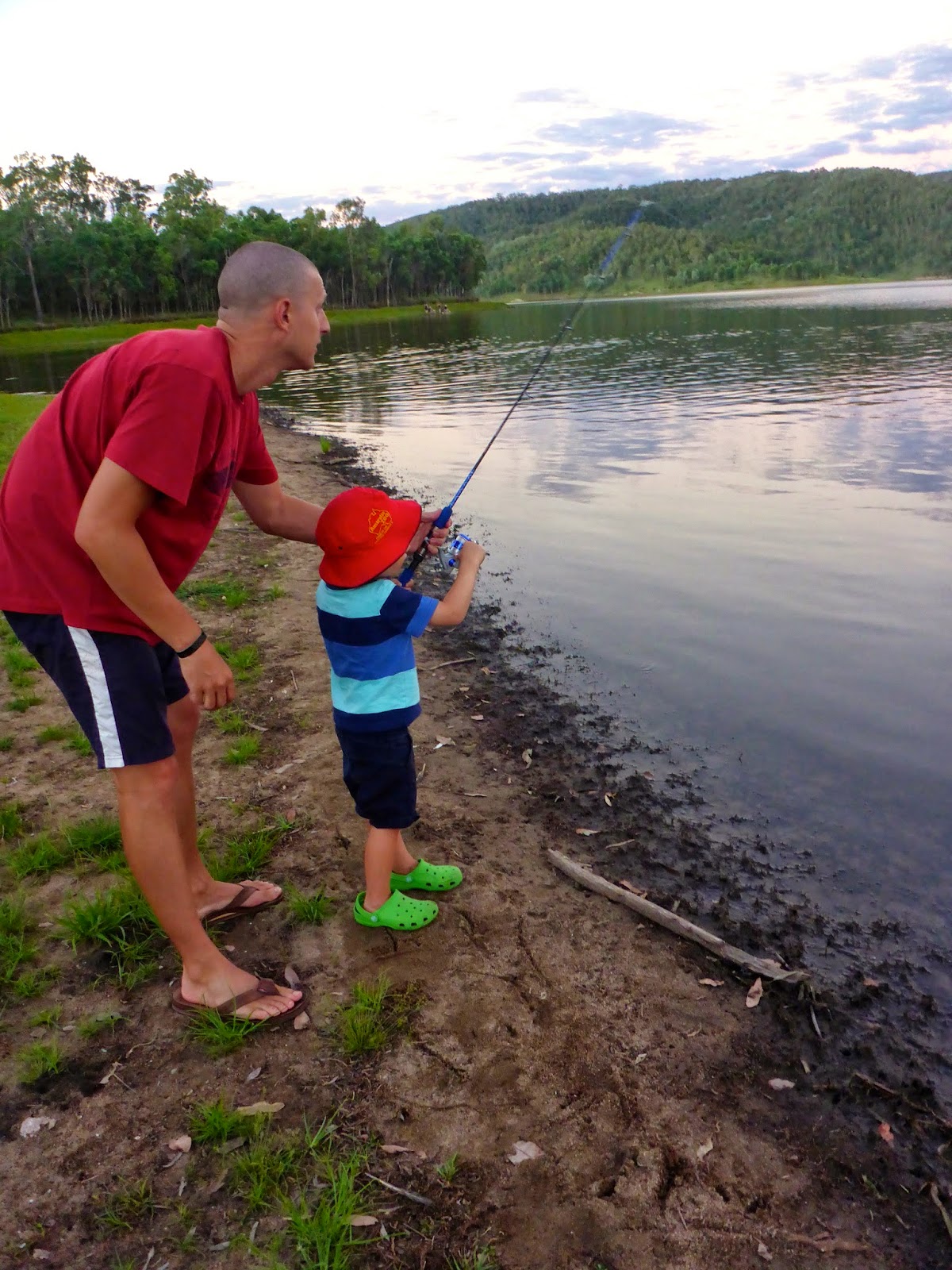 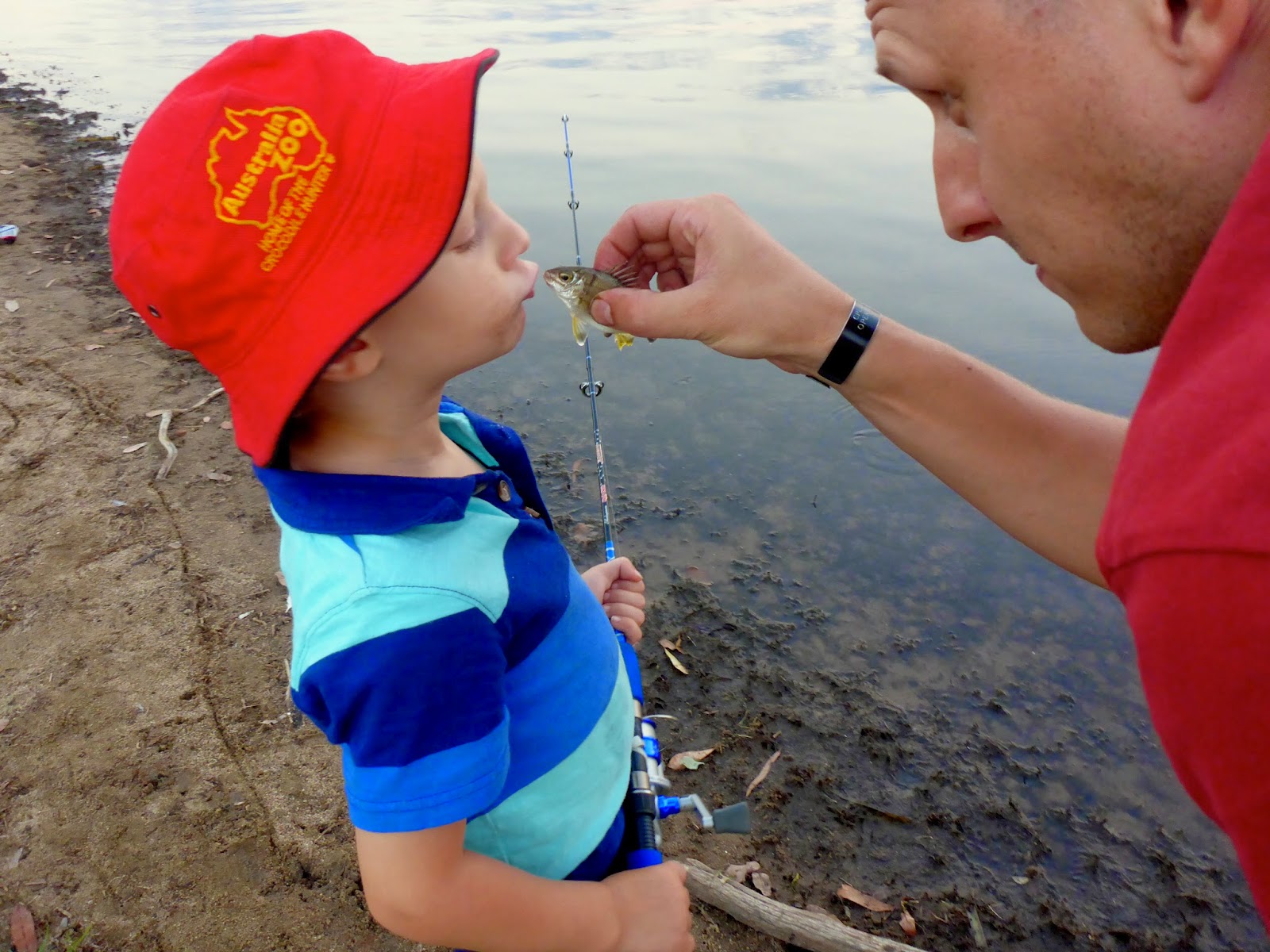 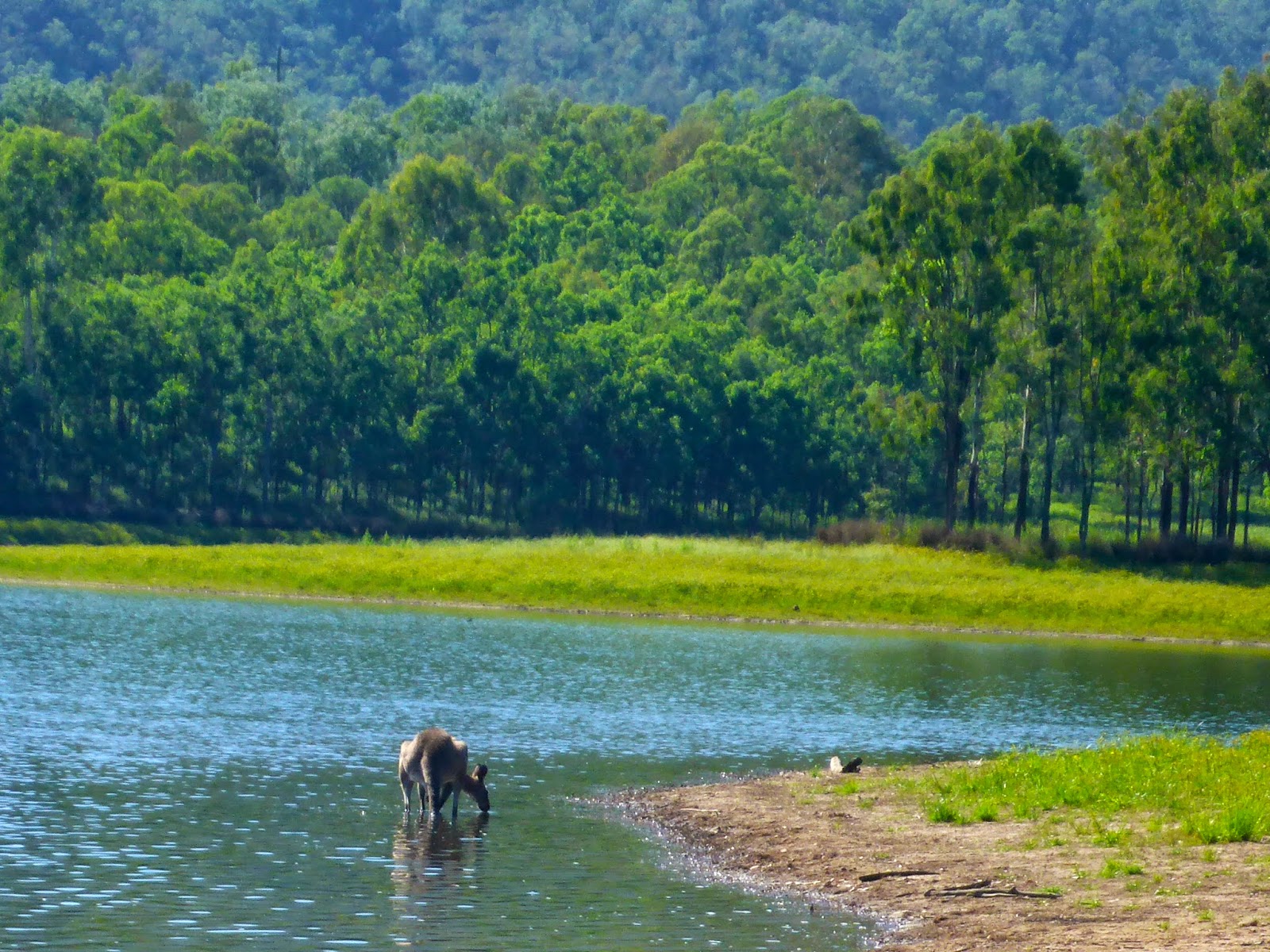 This month also marked an achievement for Patrick.  When I was pregnant with Gunnar, he deployed when I was 30 weeks and 4 days.  And it's nice to have passed that mark and still have him around.  I honored the momentous occasion by making my one and only ridiculous pregnancy request when I hit 30 weeks and 5 days.  It was about 7:30 at night, Gunnar was asleep, and I suddenly needed a banana smoothie.  Where we live, things tend to shut down around 5, so the time in and of itself was a challenge.  But I remembered a cafe down the road that made smoothies, and they were also open late for dinner.  So I asked Pat if he would go get me, not 1, but 2.  When he got home, I asked if he told them it was for his crazy, pregnant wife.  He said he most definitely did.  Who cares, because they were delicious!  Thank you, honey.  But I'm pretty sure if you can get out of 2 pregnancies with only that 1 silly request, you're doing alright! 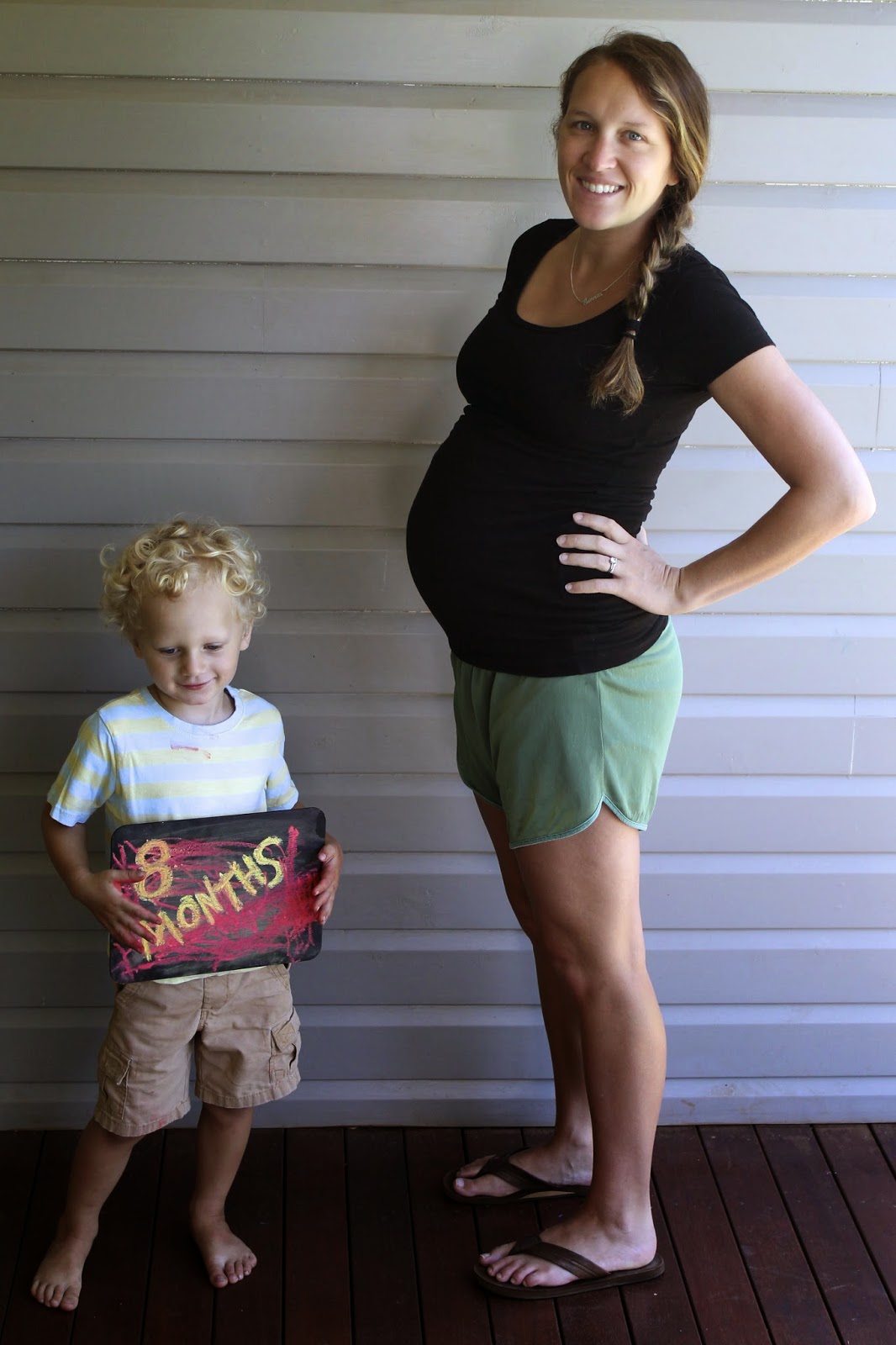 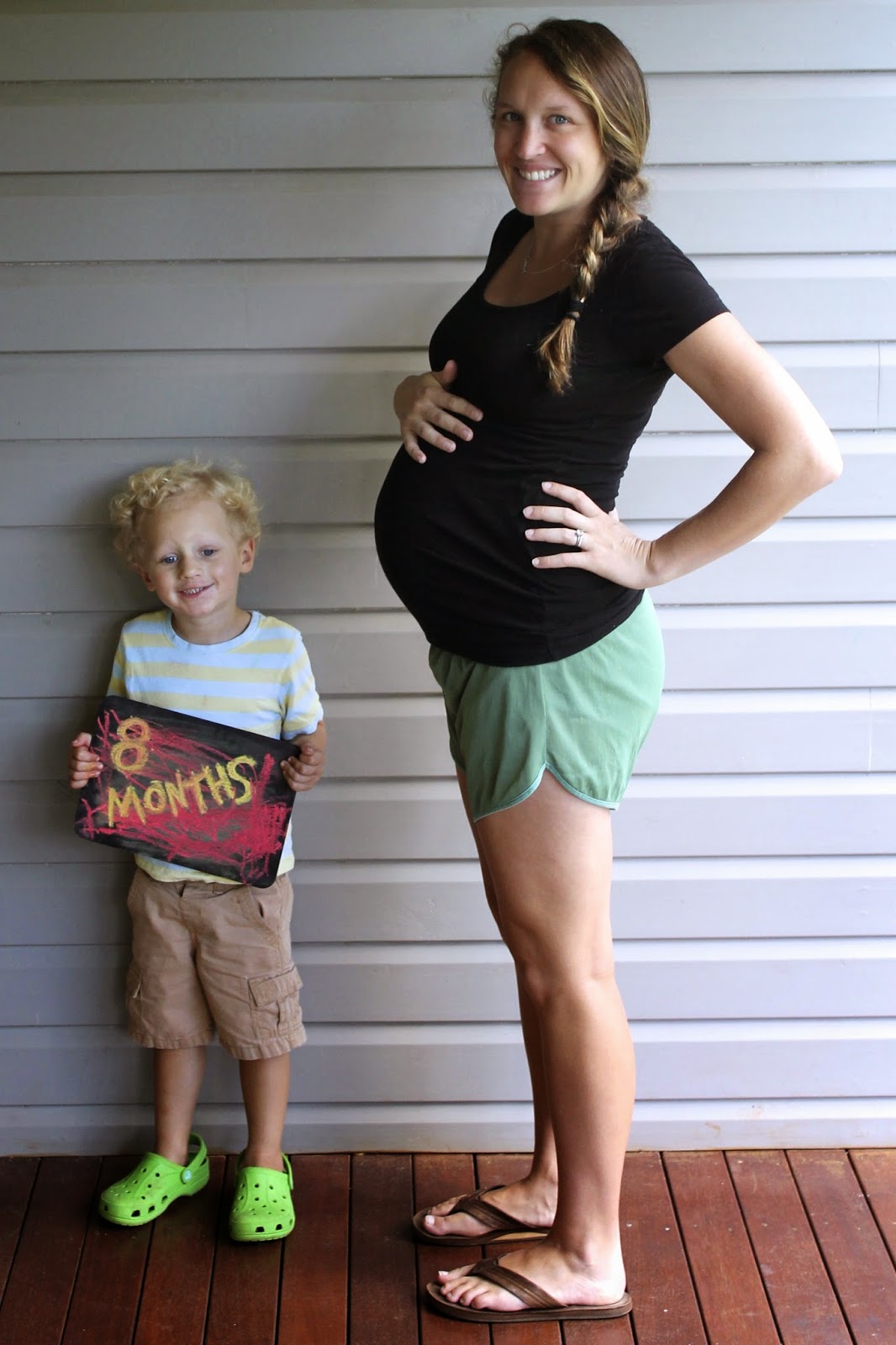 And last, but CERTAINLY not least… Gunnar start Junior Kindy.  And he started scooting to school. 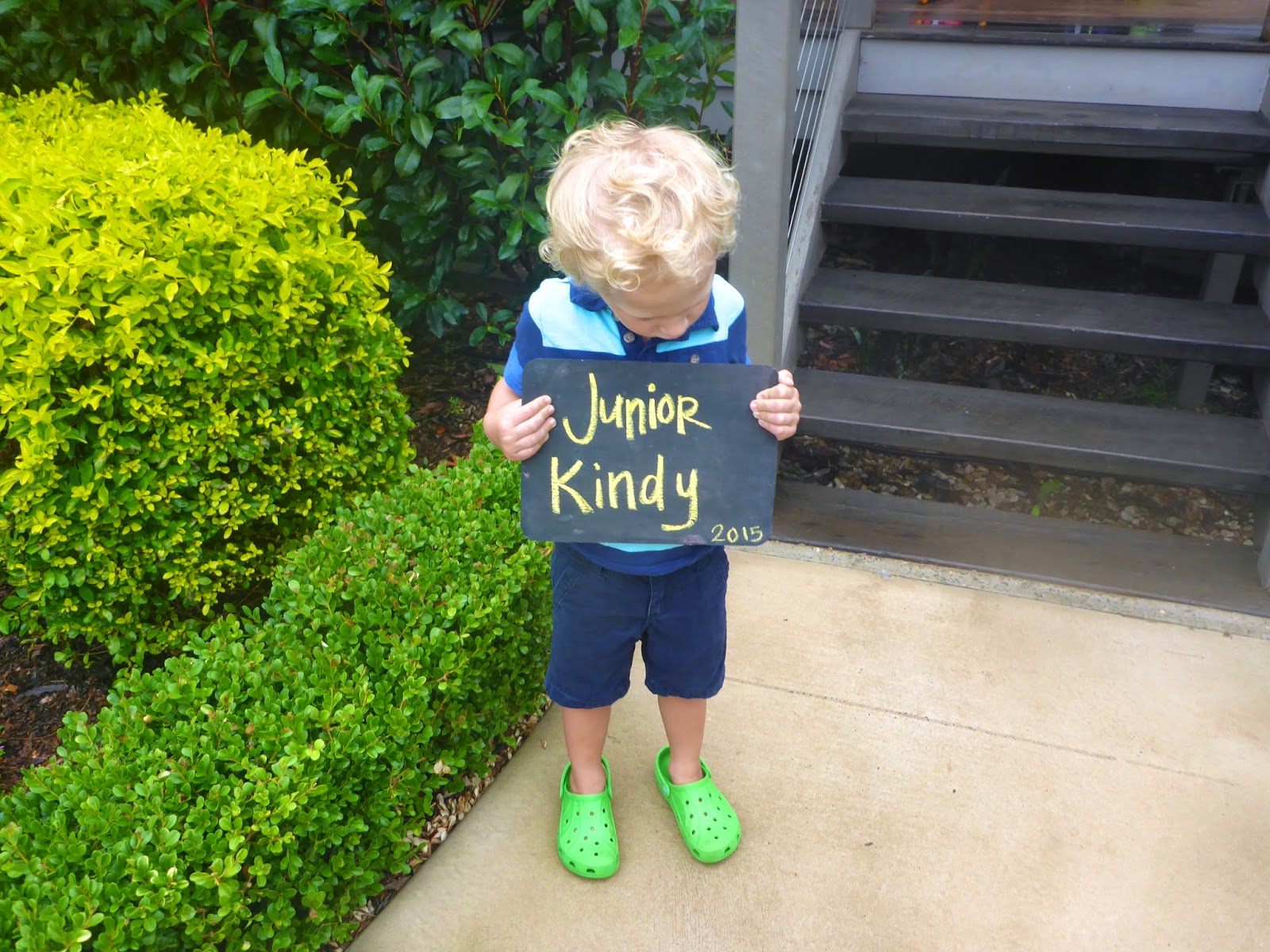 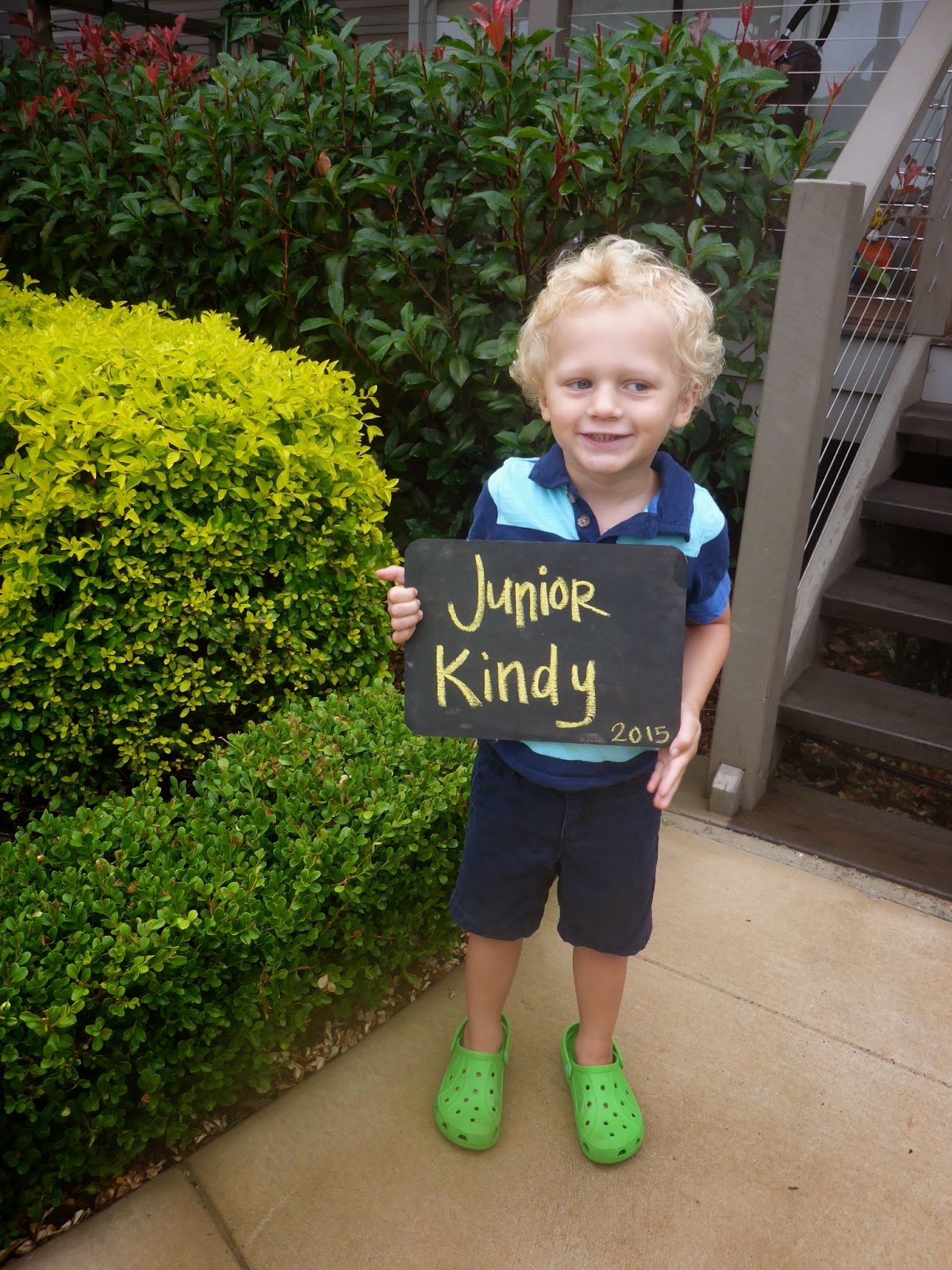 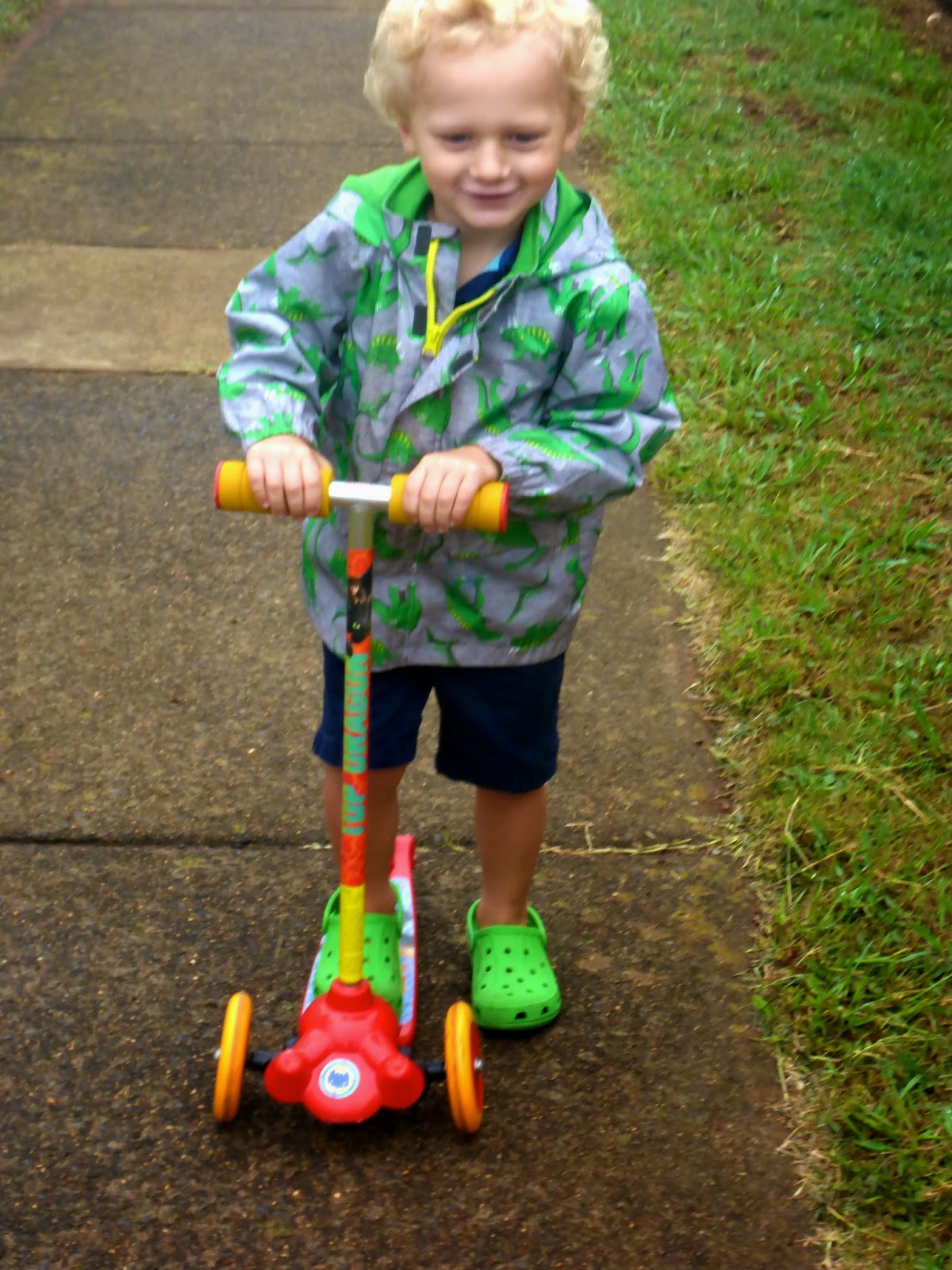